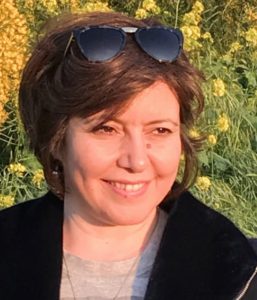 Dr.Ozcan has experiences in academical-clinical area and international-national settings of diabetes nursing for 30 years. She graduated from Florence Nightingale School of Nursing of Istanbul University(1991), completed her master(1995) and PhD(1999) degrees. She worked as a staff nurse in the endocrinology unit for 4 years, then a faculty member for 19 years in Istanbul University. She is currently working in the Koc University School of Nursing for 7 years. She worked as a Chief Nursing Officer in three leading hospitals of Vehbi Koc Foundation(2017-2018).

Dr.Ozcan was the invited clinical research fellow in King’s College London&King’s College Hospital(2011), visiting professor at the New York University(2004-2005); guest researcher in Uppsala University/Sweden(2006). She worked in organizing and scientific committees of National and World Diabetes Congresses and FEND Conferences. She has published articles, books and national and international research projects and clinical experiences in Turkey,US,Europe and China. She has been rewarded with several scientific and service awards.