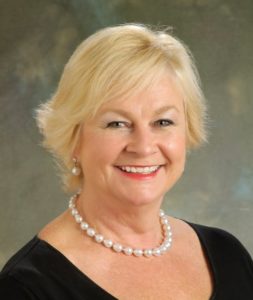 Margaret McGill has contributed extensively to diabetes both nationally and internationally for 40 years.  Her work was recognised in the Australia Day Honours List in 2011 with the award of Member of the Order of Australia (AM) for her contribution to diabetes nationally and overseas. She has broad experience in dealing with policy makers, governments and international organisations, both in Australia and overseas. She co-develops and shapes the strategic direction, with key implementation milestones, for diabetes services across RPAH that are aligned with current health policy. She is particularly interested in innovative team-based models of care for diabetes and in health professional education. She is a fervent advocate for nurses in diabetes.

Global Leadership
As Vice President (2003-2006) and Senior Vice President (2006-2009) developed and implemented the education strategic direction of the International Diabetes Federation (IDF). Helped contribute to the Unite for Diabetes campaign which secured a United Nations Resolution on diabetes in December 2006.
Editor in Chief of International Standards for Diabetes Education.  Margaret led the team to develop Standards to benchmark diabetes services against world standards. These have significantly contributed to the development of diabetes services particularly in low and middle income nations
IDF Centres of Excellence for Education Similar to the concept of WHO collaborating centres, Margaret initiated the concept of IDF Centres of Excellence and developed the application criteria to ensure highest possible standards were met.

International Society for Paediatric and Adolescent Diabetes
Inaugural Science School for Health Professionals working in Diabetes In recognition of Margaret’s clinical and research expertise she was asked establish the world’s first Science School for Health Professional working in diabetes in 2004.  The Science Schools continue to this day and have become an integral part of the ISPAD business portfolio, resulting in a significant number of nurses, dietitians and psychologists, who previously would not have considered a research degree, undertaking Masters and PhD programs