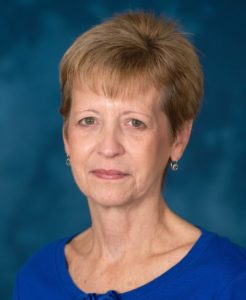 Ms. Funnell is known as a pioneer in patient empowerment through her research, publishing and educating nurses, patients and others. She is also a leader in developing and implementing evidence-based standards for patient education in national and international organizations. She has served as an Investigator for 25 funded educational and behavioral research projects, primarily in diverse communities. She has given over 230 invited presentations in the U.S. and 33 other countries and authored over 200 publications, 36 book chapters and 8 books.

Ms. Funnell served as a leader in national and international diabetes organizations including as the President, Health Care and Education of the American Diabetes Association (ADA). She served as the first nurse Chair of the National Diabetes Education Program, jointly sponsored by the National Institutes of Health and the Centers for Disease Care.  She received the Distinguished Service Award (1998) and Lifetime Achievement Award (2016) from the American Association of Diabetes Educators, the Outstanding Educator Award from the ADA (1999), became a Fellow, of AADE (FAADE) in 2014, and the Academy and American Academy of Nurses (FAAN) in October 2016.