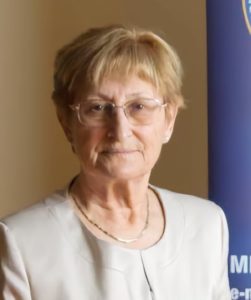 Between 1982-1986 I fulfilled a 4 year lasting postgraduated course and obtained a license, to teach as specialized lecturer for nursing  in the „Móra Ferenc Nursing school,  Budapest. After a few years, I was appointed as deputy  manager  in this school.

1992 I developed, together with a collegue – the plan of „diabetes nursing education” which had been publshed and completed in a number of several cases. Since 2000, I have founded an officially accepted 1 year lasting diabetes-specialized course. At present there are more than 1000 diabetes nurses in our country. I have also organized a special course for pump-nurses, which had been repeteated several times. Since 1991, I had been appointed as member , or head of board of examiners. Since 1991 I am active, as member of the leadership of the Hungarian Diabetes Association. I was active as head of the nursing section of the Hungarian Diabetes Association, for twenty years.

I have participated locally, and and internationally several postgraduated courses, organized by London, Rochampton University, between 2008-2010.

I was awarded the „Excellent Educator in Diabetes”, as acknowledged of my work. I have also received the „pro sanitate” reward, and the, „Imre Magyar” certificate of merit. In 2019 I have received the „pro Diabetologia” recognition as an achievement award.