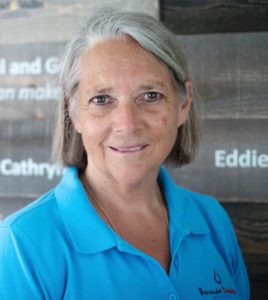 I am so honored and humbled, as a FEND ENDCUP graduate and past Director of FEND to have been nominated for this prestigious FEND award as part of their 25th anniversary celebrations.

My journey as a diabetes nurse educator began forty-five years ago taking me from urine testing, boiling syringes and filing needles to insulin pumps, and continuous glucose monitoring. Having trained as a nurse in Toronto Canada, I returned home to Bermuda in 1976 to find Bermuda’s insulin transported, unrefrigerated by sea, and out of date. The need for better diabetes care prompted me to co-found the Bermuda Diabetes Association and ensure those with diabetes had access to safe insulin and supplies and education. I co-directed the Bermuda Diabetes Epidemiology Project with Dr Meng Tan, became the Director of the Diabetes Centre in Bermuda and coordinator for Diabetes International Clinical Trials.

In 1987, Bermuda became a member of the International Diabetes Federation and in 2000 I was elected as Vice-Chair OF IDFNAC region and Chair in 2003.In 2006 I was elected as Vice President of IDF, served two terms, and co-chaired with Sir Michael Hirst, TIDES , the IDF committee on Diabetes and Disasters,  and formed the IDF Young Leaders in Diabetes Programme.

Over the last three years I have worked with others in Bermuda to create a purpose-built comprehensive diabetes Centre.