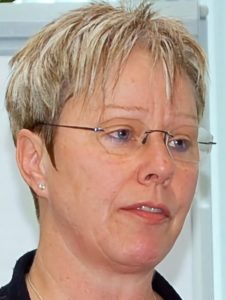 Being a curious General Nurse with additional specialization in Diabetes, Nephropathy, Footulcers and B.Sc. in Diabetes- and Healthmanagement, I was always interested in “what is going on” in the rest of the world. For this, I was connected to FEND.

I am happy, having attended the FEND Conferences for more than 10 years, having met so many nice collegues and also, to spend 4 years in the Executive Committee. Since several years I am writing articles about topics of the FEND Conference, published in the German “Nursing and Nutrition Journal” and quite often also in a jounal for GPs.

Being an Executive Committee member and vice chairman in Germany´s Diabetesnurses association VDBD for 8 years, my personal main objective was to promote the official recognition of Diabetesnurses, which is almost impossible because of our Diabetesnurses training system. But following up with this idea – since this year, the VDBD is officially entitled to vote in the G-BA, which is the highest Board Decision Committee of the collective self-administration of the German Health System – this demonstrates, that the VDBD (and its members) are professionally highly respected even without the desired official recognition.